Glenn Martens is showing his first collection for the denim brand
Diesel, which is part of the show calendar for the Milan Men’s Fashion Week
for the first time.

The digital presentation for the brand, which belongs to the Italian
fashion group OTB SpA, is divided into four scenes. The viewer follows the
main character – who wakes up from a dream – from a house party onto the
street, then into an elevator and into a red landscape reminiscent of Mars.
At the end the red-haired woman wakes up again at the party like in the
opening scene … blurring the lines between reality and fiction. The
creative director, who reconstructs Diesel’s denim and thus opens a door to
a new world for the label, as well as plays with illusions. Jeans in
various cuts and washes, denim coats and accessories such as bags and
belts.

Martens’ willingness to experiment and play with silhouettes is evident
in the men’s and women’s collection. To do this, the Y / Project designer
picks up on Diesel’s denim legacy and interprets it with his deconstructive
approach: Jeans go straight into boots and trousers have extra pockets,
colored inserts and a wide variety of washes. There are also overlaps with
the Paris label Y / Project, where Martens is pursuing a similar approach –
just maybe with less denim. For the collection, the designer also upcycled
old fabrics from the brand and gives them a new life.

In addition, the label starts with Diesel Library. The jeans concept was
introduced for SS22 and consists of gender-neutral basics that are said to
be particularly durable.

Between it-girls and cowboys

The denim approach meets an aesthetic between 90s sportswear, cowboys
and it-girls of the early 2000s. Layering and styling play an important
role. A belt meanders through various tops and dresses, holding them
together and thus distorting the shape of the clothing. The collection is
rounded off with extensive labeling, in which the Diesel-D was placed on
handbags, shoes and trousers.

This article was originally
published on FashionUnited.DE, translated and edited to English. 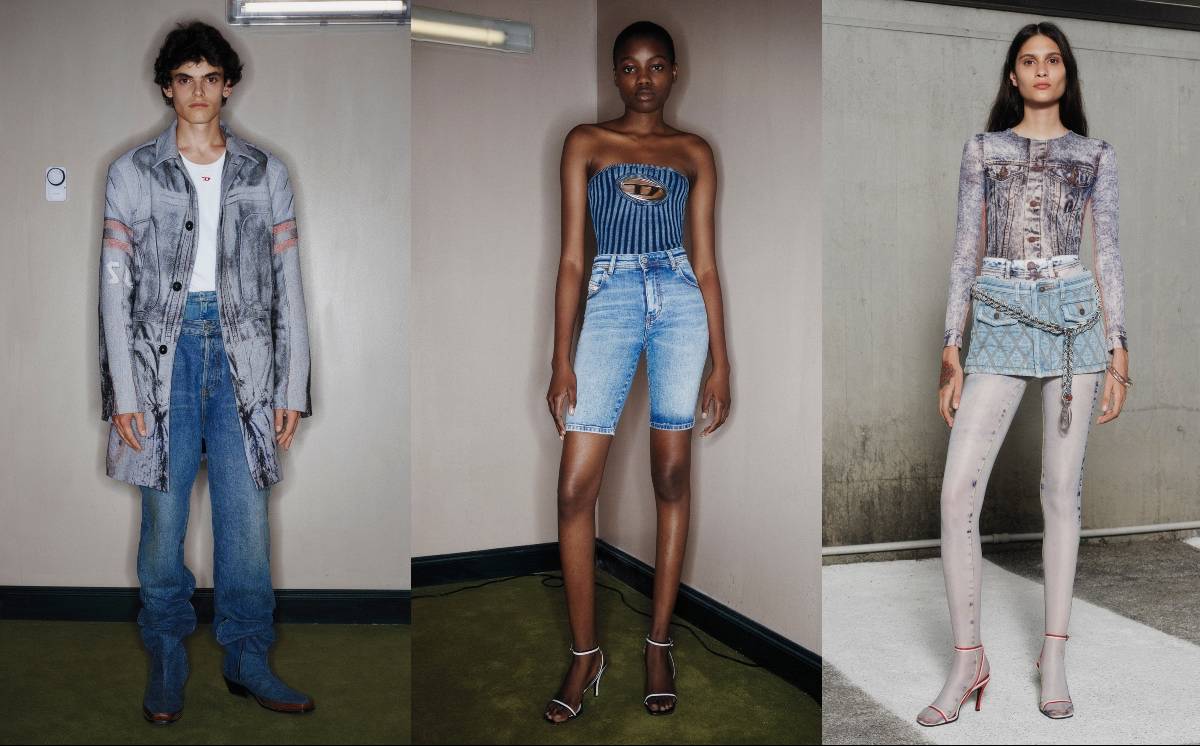 As drivers, we know Uber’s British union ‘deal’ is not all it seems | Nader Awaad

The Guardian view on Boris Johnson’s race review: you cannot be serious