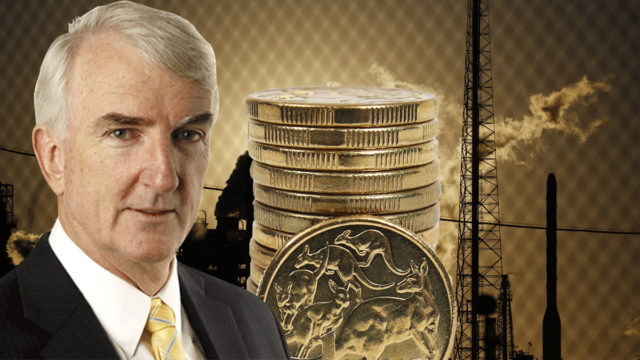 The cracks between the New South Wales and Morrison governments are widening – first climate, now vaccines and key economic policies as well.

Amid COVID outbreaks and vaccine wars last week, a fundamental difference on wages slipped by relatively unnoticed in the NSW budget.

By comparison, in November, Scott Morrison cut the federal 2 per cent wages cap to whatever the private sector manages.

That was done with the government expecting the figure to be 1.5 per cent this new financial year, below its inflation forecast of 1.75 per cent.

For most federal public servants, a 1.5 per cent pre-tax increase turns into a 1.3 per cent rise after tax – well below the inflation rate, reducing living standards.

For NSW public servants, a 2.5 per cent pre-tax increase is more like 2.2 per cent after tax – a real take-home increase.

That’s not enough for some unions, but it’s a clearly different attitude to the Morrison government.

“The economy is back growing, and we are now able to give a wage increase to government workers and their families,” Premier Gladys Berejiklian said.

So there – it has been those unaligned public servants thwarting the government’s economic growth plans all along.

The private sector wage price index has been below the public sector’s since September 2013 – coincidentally the month the Coalition replaced Labor in government.

The Reserve Bank has fingered multiple reasons for Australia’s deficient wages growth, with employers’ cost-cutting mindset a key part of the problem.

Governor Philip Lowe found there was limited upward pressure on wages even in tight labour markets.

Competition from a stronger public sector and Fair Work Commission minimum wage increases of more than the inflation rate haven’t had much impact on solving that problem.

Treasury’s Intergenerational Report this week took the fanciful and entirely theoretical stance of projecting that employers will start granting wages rises equal to a fancifully assumed productivity growth rate of 1.5 per cent plus the inflation rate – which was assumed with equal theoretical fancy to be exactly what the RBA would like it to be, 2.5 per cent. Hey presto, wage price index growth of 4 per cent forever.

Over the past five pre-COVID financial years, multi-factor productivity growth has been averaging 1.2 per cent and the Consumer Price Index 1.6 per cent – a combined score of 2.8 per cent. Over the same time, wage price index growth has average 2.08 per cent.

The NSW government’s 2.5 per cent is a step in the right direction, at least a recognition of real-world pressures and desirable outcomes, while the more doctrinaire federal Liberal party sticks with its professed admiration of Thatcherism and Reaganomics.

And it’s not just the state budget’s wages policy that differentiates the Berejiklian government from the Morrison.

While the Morrison government will forever be tainted with its “we’ll save your utes” 2019 election stunts, NSW is abolishing stamp duty on electric vehicles and offering a $30000 rebate on their purchase, part of a goal to increase electric vehicle sales to more than 50 per cent of new car sales by 2030 and “to be the vast majority of new cars sold in the state by 2035”.

And talking of forever tainted, while Scott Morrison wears the image of proffering a lump of coal in federal Parliament and has ministers for environment and energy who specialise in denialism, NSW’s Minister for Energy and Environment Matt Kean is staking claim to being Australia’s most effective politician for carbon reduction.

That has won Mr Kean no friends in Canberra. Cue Scott Morrison:

Mr Kean has returned the favour, labelling Mr Morrison’s stance on not having a 2050 emissions target as “ridiculous”.

Eventually, the electorate will care about which breed delivers results.

Deprived of gossip during lockdown, I’ve turned to advice columns instead | Rachel Connolly

Airlines cash in as taxpayer-funded half-price tickets take off, but not everyone’s happy

Selfridges owners could sell the business for 4 billion pounds