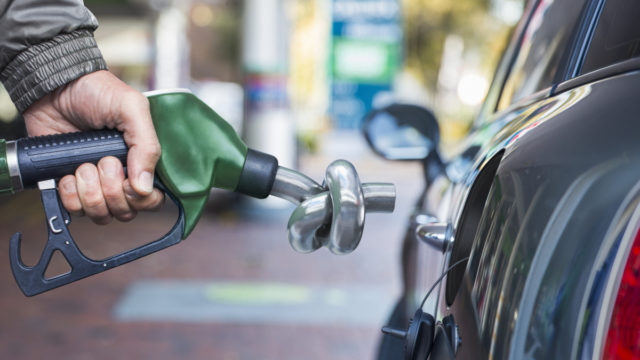 Australian petrol prices spiked to their second-highest level on record over the weekend as rising global oil prices stung motorists at the bowser.

Prices hit an average of 167.7 cents a litre across Sydney, Brisbane, Perth, Melbourne and Adelaide amid a cyclical peak that is now starting to tail off.

It was the second-highest reading since records began in 1994, and came just six months after petrol prices soared to a record high in January on the back of surging global demand as economies reopened.

An Australian Competition and Consumer Commission (ACCC) report published on Tuesday said cuts in oil production by the OPEC cartel and other producers were stinging Australian motorists at the bowser.

The ACCC, which only measured prices to the end of March, said that average petrol prices across Melbourne, Brisbane, Adelaide, Perth and Sydney rose to 133.4 cents per litre in the first three months of the year.

The bad news is that oil prices have continued rising beyond March because OPEC+ members Saudi Arabia and the United Arab Emirates have been locked in a dispute over the amount of oil they should pump out.

Average national prices peaked at 167.7 cents a litre on Saturday, according to MotorMouth data, with prices the highest in Brisbane at 172 cents a litre.

Those highs were influenced by regular pricing cycles in the major Australian cities.

But even though prices will now fall for about three weeks, you are likely to pay even more the next time they peak as oil prices continue to soar.

That’s because Australia is a net importer of refined fuel, meaning about 41 per cent of bowser prices are tied to the price of global oil.

(Another 41 per cent covers federal government taxes, while the remaining 18 per cent comes from retail margins and other costs.)

And the price of that imported fuel rose to its highest level in 18 months on Monday after key OPEC+ players failed to reach a new supply deal, sending the benchmark Brent crude oil price to about $US77 ($99).

Commonwealth Bank senior economist Ryan Felsman said the price could rise to $US80 ($106) in the coming months unless a new deal is reached.

“[But] we’ve seen a breakdown in that accord.

“The UAE wants to change the quotas, [but] the Saudis disagree [and] they’re the biggest producer.”

The existing OPEC agreement has been in place since the pandemic began last year, which means supply levels were set at a time when demand was much lower than it is now.

And so global oil production is failing to keep pace with demand as economies in the US and Europe reopen and push more motorists onto their roads.

And that means prices are rising.

“In the second half of 2020, national petrol sales partially recovered when some COVID-19 restrictions were eased,” Mr Sims said.

“However, lockdowns in Brisbane, Perth, Melbourne and parts of Sydney, and floods in New South Wales and Queensland, contributed to sales declining slightly in the March quarter 2021.”

Australian motorists will still cop higher prices though, because the local market is far too small to affect demand – and by extension prices – on a global scale.

But there is some good news for consumers.

Retail margins continued to fall over the March quarter, which means petrol retailers are keeping less cash and saving you more at the bowser.

Average gross indicative retail differences (a broad indicator of margins) were 15.8 cents per litre over the first three months of the year, 1.6 cents lower than the December quarter.

But Mr Sims said the retail differences, calculated by deducting bowser prices from the price retailers pay at fuel terminals, are still high.

“There are some fixed costs involved in petrol retailing and businesses may have been setting retail prices higher than they otherwise would to offset lower sales volumes,” he explained.

In defence of email, the tech marvel we couldn’t do without | Joanne McNeil

After this week, it’s clearer than ever that civil rights matter to all of us | Gracie Mae Bradley