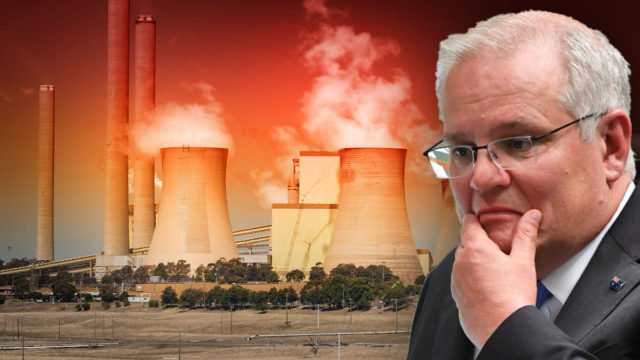 Prime Minister Scott Morrison is preparing to warn G7 leaders against “carbon tariffs” at a UK summit this weekend as Europe gears up to introduce import charges on nations without carbon prices – like Australia.

The health of Australia’s economy is at stake, Mr Mullen argues, with the EU likely to be the first domino to fall among our major trading partners as nations around the world step up their climate change commitments.

“A tiny amount of our aluminium goes to the EU, but a chunk of it goes to industrialised countries with carbon prices,” Mr Mullen told TND.

“It’s going to move beyond [Europe] everyone is tightening their carbon commitments and strengthening carbon prices, except for Australia.”

In an Australia Institute report published on Friday, Mr Mullen warns that an EU proposal to place border charges on high pollution imports like aluminium, concrete and fertiliser products should be a wake-up call.

As many as 43 industries, including Australia’s $13 billion aluminium export trade, are exposed to painful import charges, the report found.

The Morrison government, which is resisting calls to commit to net-zero carbon emissions by 2050, has criticised carbon tariff plans as “protectionism”, despite major trading partners considering the idea.

“You can put your head in the sand and say you don’t want anything to happen about climate change, or you can look ahead and say, ‘This is coming, we need to have a plan’,” he said.

Hugh Saddler, associate professor at ANU’s Crawford School of Public Policy, said the economy will be vulnerable if Mr Morrison fails to act.

“Australia needs to ensure the competitiveness and future of these industries, and our broader manufacturing sector, by investing in clean production methods,” Professor Saddler said in a statement.

Japan and US mull border tax

Although Europe is not a major importer of Australian metals – with just 1 per cent of aluminium exports – Mr Mullen argues much larger trading partners like Japan and the United States will introduce their own tariffs.

Japan, which buys 29 per cent of Australia’s aluminium metal exports, is considering border charges, and so is the US, which buys 9 per cent.

The Carbon Market Institute, an advocacy network with members in carbon-intensive export industries, agrees the EU plan is just the start.

“Corporate Australia is significantly and increasingly concerned about the prospect of carbon tariffs,” CMI chief John Connor said on Friday.

Mr Connor said 79 per cent of CMI members, which includes AGL, Woodside, BP, BHP, Ampol, Shell and others, are worried about the EU plan.

“[It] could easily cascade across to G7 countries, one of which is Japan, a major trading partner for Australia,” he said.

The EU mechanism is expected to become operational by 2023, placing charges on select imports from nations without carbon prices.

We don’t know how aggressive it will be yet, as it’s still being developed.

What we do know is up to 43 Australian manufacturing processes could be targeted as “emissions intensive and trade exposed”, Mr Mullen said.

Those industries accounted for $20 billion in exports over 2019-20. 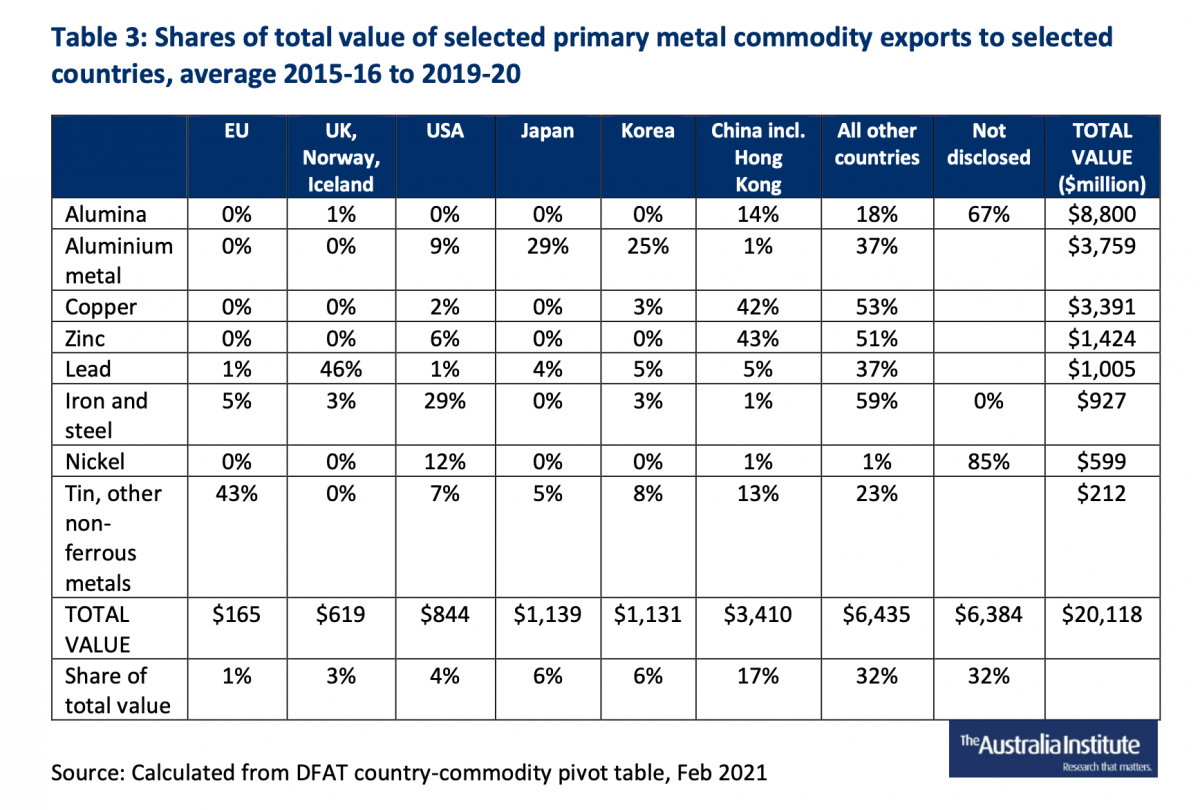 The largest, aluminium metal, is particularly exposed to export markets, with 92 per cent of the industry devoted to selling overseas each year.

That means the industry, which employs about 15,000 Australians, is vulnerable to efforts among trading partners to introduce border fees.

“Australia already has some of the lowest-carbon alumina products in the world and, as the world’s largest producer of alumina outside of China, Australia is uniquely placed to develop low-carbon alumina technologies for the world,” Ms Johnson said in a statement.

Mr Mullen said a rapid decarbonisation of the aluminium industry would actually make Australian aluminium more competitive against the world leader China, which exports much dirtier products and will cop charges.

Education should be about lighting fires, not filling buckets | Letters