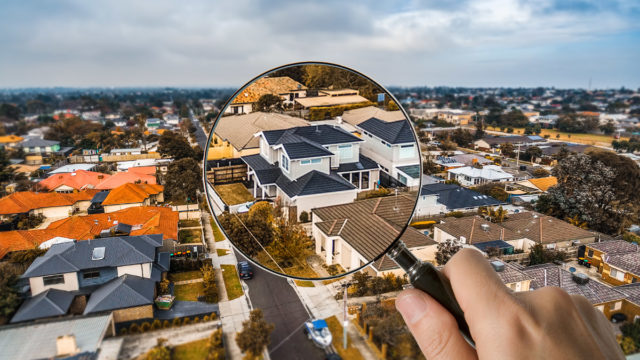 When it comes to buying a house, there’s a sweet spot between location and price – affordable yet liveable suburbs can be elusive.

Avoiding recession up to NSW: Frydenberg

Luckily, even though house prices are soaring, there are still middle-ring suburbs within 20 kilometres of capital city CBDs that hit that perfect balance, according to a new report by consultancy PRD.

PRD’s chief economist Diaswati Mardiasmo thinks she’s found some places you might not have considered in your house hunt so far.

“Property prices have gone up so much, and there’s lots of competition for first-home buyers, [but] it’s all about considering places you might not have thought about,” Dr Mardiasmo told The New Daily.

“If you can be a little bit more flexible, there are good suburbs out there.”

What counts as liveable and affordable?

Dr Mardiasmo’s report ranked liveability based on crime rates, unemployment levels, and proximity to schools and other amenities.

It then judged affordability based on median house prices in each suburb, average home loan values in each state, and how much cheaper houses in those areas were compared to prices in CBD metro suburbs.

It’s worth noting these aren’t the most affordable suburbs on the market; they’re the places in each city that best combine liveability with affordability.

The value of future project developments was also considered, because it’s an indicator of growth potential.

Sydney most affordable for liveability

Using these definitions, Dr Mardiasmo found homes in liveable Sydney suburbs could be bought for 87 per cent less than median metro prices.

“This is good news for first-home buyers, who may believe they have to sacrifice liveability aspects in gaining access into suburbs with a lower median property price than Sydney metro,” Dr Mardiasmo said.

PRD didn’t examine markets in other cities like Adelaide or Perth.

Not everyone can afford to break into the Sydney property market, regardless of its relative abundance of liveable suburbs.

If Sydney is out of your price range, Dr Mardiasmo says Brisbane might be an option for you. It’s held PRD’s “bang for buck” title for 18 months straight.

“If you’re looking to satisfy all of the liveability criteria, then places like Brisbane and Hobart provide affordability. But if you want to stay within Sydney, it will depend on what you’re willing to sacrifice,” she said.

“If you’re willing to sacrifice a bit of liveability, like not being concerned if there’s a park nearby, then perhaps you can find places listed at less than $1 million.”

The post These are the suburbs where housing affordability meets liveability appeared first on The New Daily.

Jeff Bezos to step down as Amazon CEO on July 5

Jeff Bezos to step down as Amazon CEO on July 5