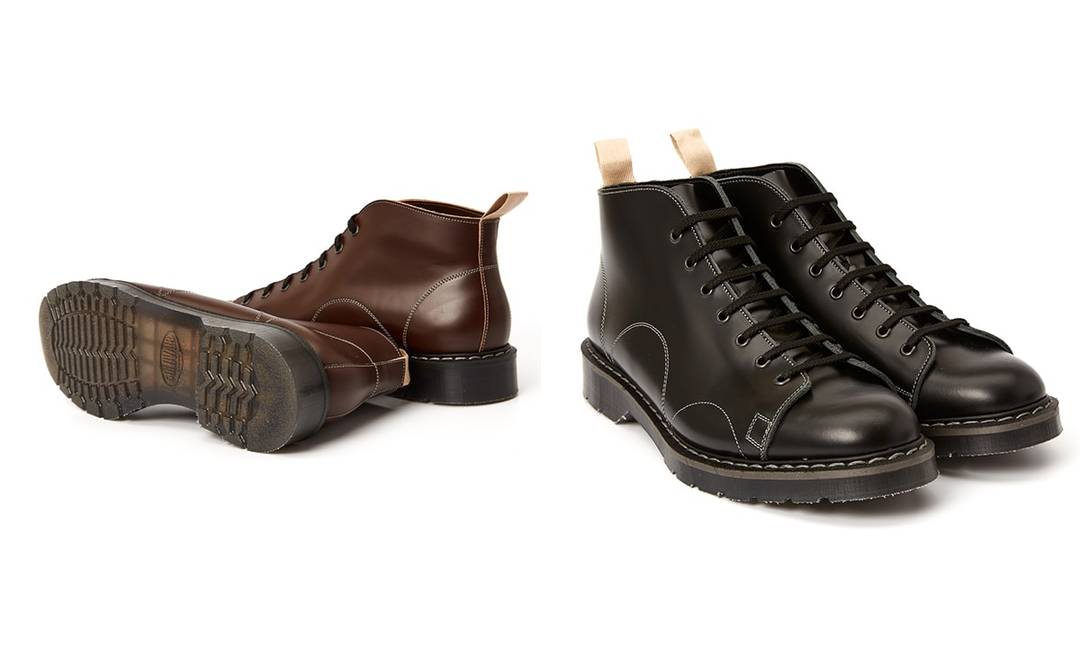 Monkey boots
Oliver Spencer has teamed up with the Northamptonshire-based shoemaker Solovair to
create a new and exclusive monkey boot that pays tribute to the classic style of the 1960s,
crafted in a beautifully soft leather and featuring Solovair’s iconic Goodyear-welted sole. It
comes in a jet black style with contrast stitching and heel tab, as well as a rich dark tan option.

“I’ve always loved the ruggedness of the monkey boot, but I wanted to create something a
little more polished for the modern wardrobe, hence we worked closely with Solovair to
incorporate decorative stitching on the leather upper. The result is an ankle boot that retains
all of the toughness of the 1960s original but has a more refined versatility for today’s
wardrobe.”

The monkey boot’s heyday was in the early 60s but it actually originates from Czechoslovakia
around the time of World War II. Some accounts erroneously believe the boot was Czech
army issue but the military had actually been disbanded at this time since the Nazis had
invaded Czechoslovakia a year prior to the official outbreak of the war. Nevertheless, Czech
shoemakers such as Bata (which the Communist authorities nationalized in 1945) – who had
a huge operation at the time – were making and exporting monkey boots all over the world,
many of which ended up in army surplus stores. 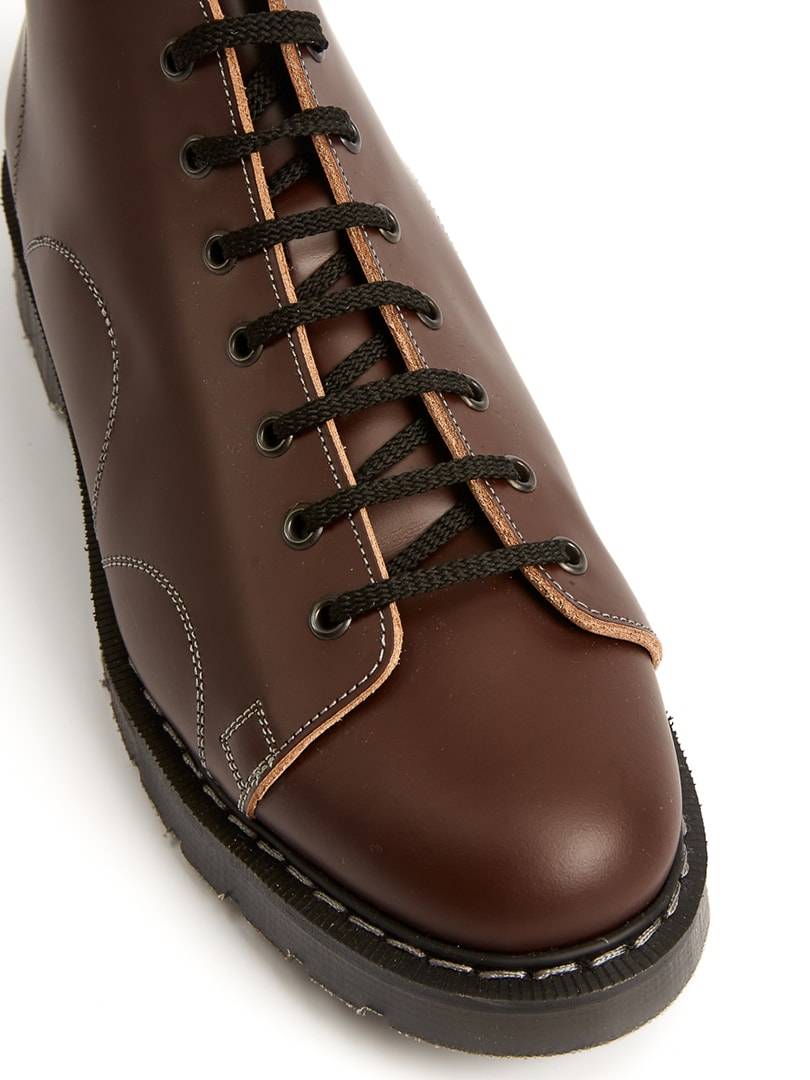 They gained subcultural popularity in the 60s thanks to the mod and then skins movements.
Monkey boots were significantly cheaper than Doc Martens at the time, which made them
very popular with the younger generation, which was probably the death knell for them as
what serious mod or skin would be seen in the same boots as his little brother or sister?! In
Poland at the same time, the boots were referred to as ‘pionierki’, which is a reference to the
Soviet boy scouts they were originally made for, so the audience for monkey boots was a
young one Europe-wide. As the 70s rolled in, monkey boots were widely seen as ‘girls boots’,
with the guys fully adopting Doc Martens at this stage, but in ’78, one Paul Weller wore a pair
on the cover of The Jam album All Mod Cons, and the monkey boot once again started to
gain traction.

Today, we just think the monkey boot is an iconic casual style with a rugged, outdoorsy look
that fits right into an urban framework. We’ve elevated it by using premium leather
throughout, and rather than the classic tractor sole, we’ve incorporated Solovair’s iconic sole.
If you recognize it from Dr. Martens’ Air Ware sole then you’d be right – for 35 years Solovair’s
parent company NPS produced shoes under license, sold under the name of ‘Dr. Martens by
Solovair.’

They’re a brilliantly versatile boot, easily styled with a pair of jeans or chinos with a couple of
roll-ups. The polished leather finish gives them a smart appearance but there’s no getting away from the rugged characteristics of that outdoorsy block. From Commie cub scouts to
iconic musicians, the monkey boot has enjoyed a diverse history that’s about to take another
step forward. 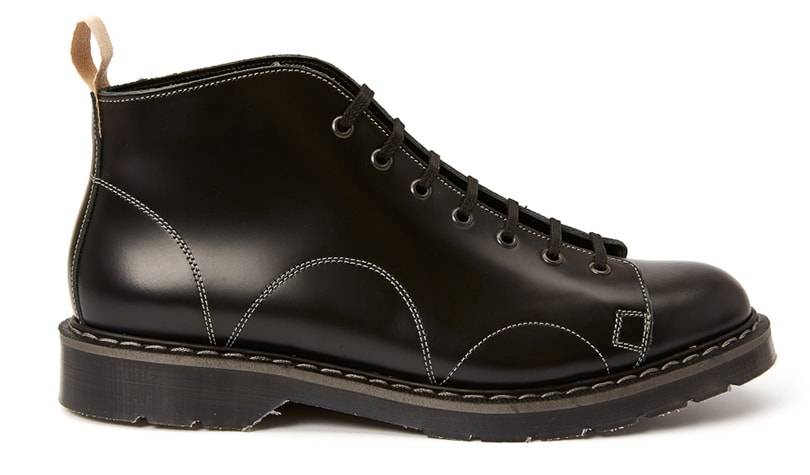 About Oliver Spencer
From early beginnings as a self-taught tailor and shopkeeper, Oliver Spencer has built a
brand around his vision: hand-crafted quality paired with stylish accents and details. In the
words of GQ, a ‘uniquely British take on relaxed style’.

Oliver Spencer Sustainability
Over the years we have endeavoured to create trusting, open and transparent relationships
with a network of suppliers, in order to support workers’ rights and their welfare. It is
important to us that the people making our clothes are treated with dignity, respect and care.
By situating our manufacturing in the UK and Portugal we avoid many of the labour issues
which are prevalent in the wider supply chain of the fashion industry, such as forced labour,
unfair pay arrangements and unsafe working environments. The countries in which we
produce have tight legal frameworks on the employment of garment workers, which in the
majority of situations prevents issues faced in less regulated garment manufacturing
countries. We visit our factories regularly to meet with management and workers and manage
the quality of our products.