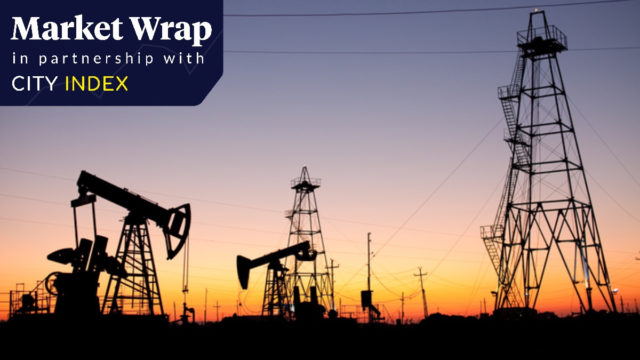 Key US sharemarkets marked time as robust US economic data and corporate earnings offset concerns over rising inflation and COVID-19 cases in Europe.

The ASX200 again underperformed courtesy of an 8 per cent fall in Commonwealth Bank of Australia (CBA) after a weaker-than-expected quarterly trading update.

Here are the top five things that happened in markets this week.

Hot on the heels of a stronger-than-expected jobs report, inflation in the UK surged to a 10-year high of 4.2 per cent.

A tight labour market and rising inflation may force the Bank of England to lift rates next month.

2. Rivian comes back to earth with a thud!

The dream run for electric vehicle car company Rivian (NASDAQ RIVN) following its float on the Nasdaq exchange last week came to an end as it fell 18 per cent on Wednesday, wiping $US23 billion ($31.6 billion) from its market capitalisation.

To put the fall in perspective, it’s equivalent to the market capitalisation of the ASX-listed Rio Tinto (RIO).

The AUD-USD slumped below 73 cents after wages growth data in Australia showed that wages grew at a pace that validates the RBA’s guidance that interest rate rises are unlikely before 2024 – providing a contrast with expectations that the Federal Reserve will start lifting rates in 2022.

The fall is likely the result of the US infrastructure bill that incorporates new tax reporting requirements for digital currencies and the threat of tighter monetary policy.

This was a result of concerns over rising COVID-19 cases in Europe that present downside risks to demand, and after Chinese President Xi Jingping and US President Joe Biden discussed the possibility of joint action to release oil reserves.

The post Surging UK inflation among the top five events to watch in markets this week appeared first on The New Daily.

LVMH rounds out three-part YouTube series on its employees

LVMH rounds out three-part YouTube series on its employees

The Observer view on the Cop26 agreement